Credera Listens Panel: Black Lives Matter & How to be a Proactive Ally

On Friday, June 5th, Credera hosted a ‘Credera Listens’ panel that included three incredible African American executive panelists. Our goal was for Credera employees to listen, learn, and equip ourselves to stand up to racism in America. We asked our employees to come prepared to approach this topic with openness and empathy so we could all learn and do better.

As Credera continues our mission to make an extraordinary impact on our colleagues and the community, we cannot ignore the terrible injustices that many in our black community are experiencing. This panel acted as a small step in what will be a long and welcomed journey to better care for and seek justice for our colleagues, neighbors, and friends.

We explored the topics of race, racism, anti-racism, and allyship through the experiences and perspectives of Nickoria Johnson, Principal at Credera, Craig Coffey, CEO at Way Maker Leadership LLC, and Richard Reid, VP of Business Development at the Freeman Company. Here is the session video and we documented some of the takeaways from the conversation below:

On why they wanted to join the panel:

In light of everything happening in our country right now, the panelists shared that they were thankful to have a constructive conversation to dialogue about these important issues and hopefully walk away with more commonality.

Richard shared that he originally struggled with the decision to participate in the panel because he was still feeling anger and exhaustion from the entire situation. He explains, “It’s incredibly frustrating that we still have different realities for minorities in America in this day and age.”

Nickoria shared that it was important for her to join the panel so she could talk about the topics that don’t often come up enough in normal, break room conversation. It’s too often the case that we can know someone without really knowing their life details.

Ultimately, they all felt their participation served as an opportunity to share more of the stories that have shaped their lives as African Americans. And those stories are an important part of this crucial movement.

On talking about race:

Several of our panelists shared that race had been a conversation in their homes for as long as they could remember.

Craig mentioned that he tries not to be defined by his race. Explaining, “I’m very conscious of how I show up and present myself in an effort to mitigate negative stereotypes. We are more than our race, and I want to be evaluated as such. I want to be evaluated for how good I am at my job. I try to be performance-oriented – and let race be the trailer. My race might be the first thing people notice when I walk in a room, but I don’t want it to be the last thing they think after they’ve met me.”

Panelists shared about how isolating it was to be one of very few African Americans in their school and feeling like their differences were spotlighted. Another shared about being taught from a young age about bias that comes from stereotypes, such as the angry black woman and other assumptions that might be made of them. Some communicated that they changed their behavior in order to combat these stereotypes.

On how to be an ally:

Approximately 75% of white Americans only have white friends. One suggestion for growing as an ally was to diversify the relationships in your life and be intentional to build a diverse circle of friends. This is how others can learn, better understand, and be a better advocate for the black community.

Another panelist asked the white community to “own their privilege” by using their voice to stand up for their African American friends. He explained that the idea of being privileged doesn’t mean you didn’t struggle in life, or that you don’t deserve to be where you are. It just means that things might have just been a bit easier for you. “Recognize that if you’re white, you can use your position to kick down doors and make a difference for others who don’t have the same experiences as you. This disrupts the very privilege that you are a beneficiary of. For better or worse, white voices can sometimes speak a little louder. I really appreciate when a white ally comes alongside me to speak up and help my voice be heard.”

With the black friends in your life right now, the panelists suggested not being afraid to reach out – and not worrying about saying the right or wrong thing. You don’t need a script; you just need to speak from your heart. It can be scary to initiate these conversations, especially if someone’s tensions are still high, but they are worth pursuing.

Each of our panelists shared stories of experiencing unconscious bias. They provided ways to use this new understanding to grow in awareness and know how to make a change when unconscious bias occurs.

Richard shared, “As I’ve pondered my own personal history to prepare for this panel, I was saddened when I thought back to times I’ve applied for new jobs. In every single instance where I’ve interviewed for a new role, I was never offered the role that was published. When a company was excited to hire me, they were always excited to hire me at the level below. I don’t know if it was conscious or unconscious, but the feelings that were shared were, ‘you can come in and prove yourself and be at that next level in no time.’ Does that happen to everyone, or just some of us?”

Craig shared, “I think we’re all guilty of unconscious bias. There are times I catch myself making up stories in my mind where I’ve created a whole backstory to someone’s life that is an assumption. All of us as human beings, no matter our color, act in this way on occasion and can be guilty of bias. Personally though, early on in my career, I had a good friend and mentor tell me that the firm’s leadership asked, ‘do we really want to take a chance on Craig? Because it’s a bigger role than he’s used to having.’ In my case, the language ‘taking a chance’ was used because I was African American, but for my peers who were Caucasian, leadership used language such as ‘this would be a good stretch assignment.’ That’s just one example where that unconscious bias came in and could have really affected my career or my earning potential.”

Nickoria shared, “In recruiting, say you get a resume with a name at the top that looks like an African American name. It can trigger an unconscious bias in your mind that you don’t even want to read any more on the resume. Part of growing in unconscious bias is catching yourself in those moments and not letting the bias affect your action.”

On what they want to be different in the workplace:

Panelists shared we should expect that things are different for our children. One panelist grieved, “It’s sad that what I’ve experienced as a person of color, my children are still experiencing now.” Panelists expressed there should not only be one African American leader in the room and hope that their children walk into their workplace and find mentors that look like them.

Craig recently published an article on LinkedIn that shares additional ways that companies can move to being an ally instead of an actor. This is his hope for companies as they grow to truly be advocates.

How to get involved with celebrating diversity:

The panelists suggested many helpful tips about how to celebrate diversity and open up opportunities for dialogue. “Push through being uncomfortable. Educate yourself. Keep this conversation in your daily life. Increase the diversity in your life through what you’re reading, listening to, eating, and watching. Teach your children about the importance of making friends who are different from them.” 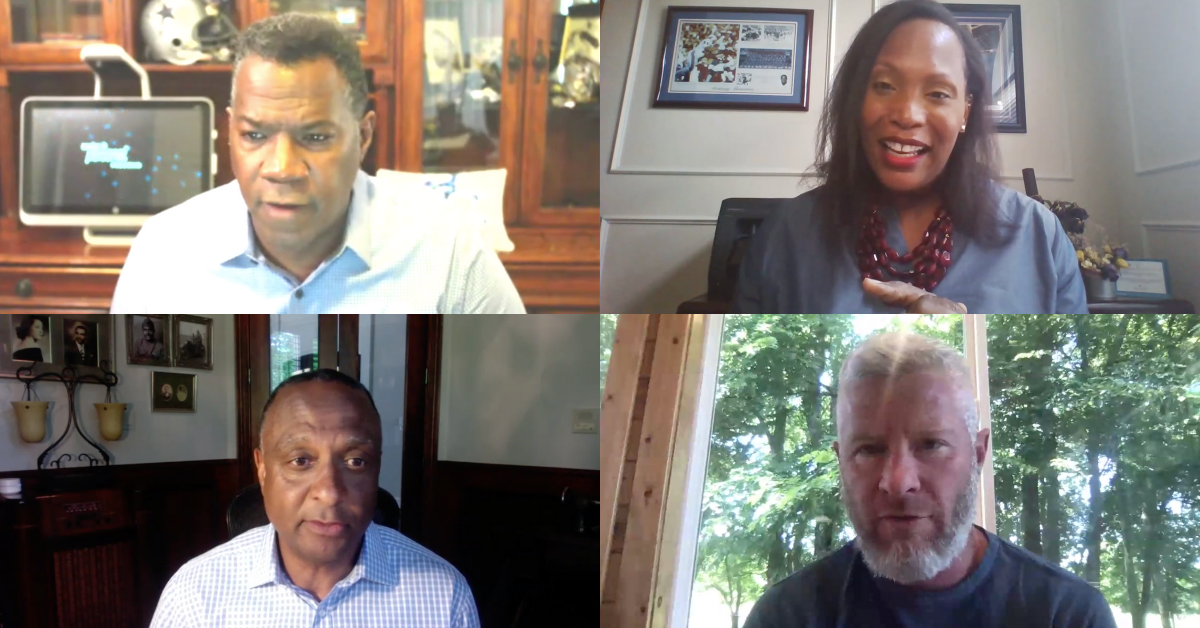 A sincere thank you to Nickoria Johnson, Craig Coffey, and Richard Reid for sharing their honest experiences and inspiring advice. We know it’s not easy to be vulnerable, but we can’t thank you enough for sharing your stories and your heart.

We hope this information brings healing, hope, and inspiration for action to many during this time. Credera is listening, and we hope you are as well.

If you'd like to learn more about the Credera Listens initiative, please visit this page.

Credera is focused on addressing issues related to race-, gender-, and sexual-based discrimination head on. During this final panel, we focused on div...

Credera Listens: Growing by Getting Uncomfortable Talking about Race

As Credera continues our mission to make an extraordinary impact on our colleagues and the community, we cannot ignore the terrible injustices many ar...

As Credera continues our mission to make an extraordinary impact on our colleagues and the community, we cannot ignore the terrible injustices that ma...