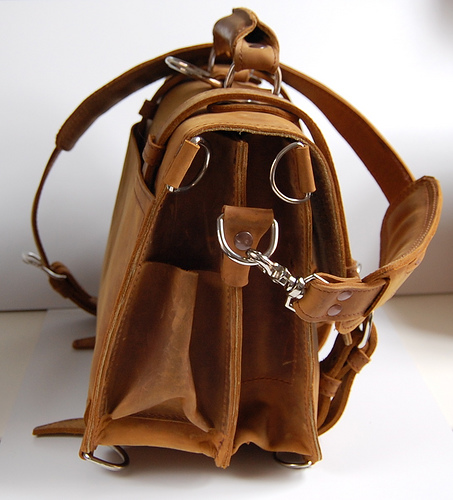 Revenue. All companies need it to survive. The inflow of money enables a company to achieve its purpose, be that performing charitable work, bringing an exceptional product to market, or meeting a lofty goal set forth in a mission statement. It should be one of the company’s primary goals, then, to grow revenue. This first article in a two-part series will examine revenue growth through the lens of the team within the organization primarily responsible for generating that growth.

Do you have a sales team, a group specifically focused on sales? Most companies do. Recently I was speaking to a client regarding its sales team.  Using a basic, open-ended statement, I began the interview to understand how this client viewed the sales team. “So, tell me about your sales team,” I said. (I told you it was basic!)

The answer given to this question speaks volumes. The first answer you give tends to reveal what is important to you. By understanding how you view your sales team, I can gain insight into what effort you have spent in developing the team. If you mention the geographic split of the team first, then the organizational structure of a team is likely most important to you. You have probably spent quite a bit of time designing territories and assigning sales representatives in your effort to achieve that order. Over the years, I’ve been surprised at the number of times the answer to the question has focused on organization, as revealed by answers describing how the sales team is segmented, the team’s market focus, or the team’s organizational hierarchy.

Please understand: a primary focus on the sales organization is not a bad thing. In fact, all answers to the question “tell me about your sales team…” are important. However, in my experience, it is the culture of the sales team that determines its effectiveness over the long run. Edgar Schein, a former professor at MIT’s Sloan School who is widely credited with standardizing the idea of corporate culture, defines culture as such: “A pattern of shared basic assumptions that the group learned as it solved its problems of external adaptation and internal integration, that has worked well enough to be considered valid and, therefore, to be taught to new members as the correct way to perceive, think, and feel in relation to those problems.” In other words, culture is the reason a group behaves in a particular manner and how it propagates that behavior.

1) Is the team empowered to make decisions, or does it rely on upper management to detail every move?

Effective sales teams utilize the strengths of individual members to achieve goals. Teams with relative autonomy are able to best maximize those strengths. To provide this autonomy while keeping the team focused on the company strategy, companies must establish clear-cut goals and incentivize adherence to them. The best companies do this by establishing metrics that are simple, transparent, and easily measured. As long as they are hitting those metrics, the best teams allow people to function autonomously within those guidelines. The members will modify their behavior to maximize their reward, and if properly set up, the growth of the company.

One client I worked with struggled with the relationship between the national sales team and locally managed sales teams. Each group felt the other was impinging on its territory. Prior to our engagement with the client, these disputes were resolved at the highest level of leadership within the company. The CEO himself would often have to get involved, and as a result the sales force felt that it had little autonomy and low freedom to make decisions. This behavior had been engrained in the culture through responses to past crises and a skewed tracking of sales. So, to improve autonomy, we set out to change sales tracking and decision management in order to raise autonomy. First, we changed the way sales were measured so that credit could be given to both teams instead of the “winner-take-all” metrics that had been in place. Second, we redesigned the sales process to force engagement early on between different teams. We found that when the teams actually discussed the deal before it moved too far along, they were more likely to support the deal as it progressed. Also, more profitable deals were being generated. Local sales knew which products would sell best, while the national team was able to bring volume pricing and other such benefits. Did conflict still occur?  Sure, but it was resolved more quickly and at lower levels. The sales teams needed to realize that they could resolve the conflict effectively without having to go up the chain, and once they realized this, they felt empowered to make a much greater range of decisions.

2) What is the ethical culture of your sales team?

As autonomy increases, so does the need for a strong ethical culture. People will always be tempted to cheat, even when they are staying within the guidelines established. Your company must develop strong leaders to reinforce ethics. Do not fall into the Glengarry Glen Ross trap of “always be closing” and lose sight of what is right.

One of the best ways to reward integrity is to celebrate instances where revenue is foregone if realizing it means violating the values of your company. For a time, I worked for a large commercial real estate company. My group owned buildings and was responsible for leasing them up with tenants. Shortly after we acquired a property in the Atlanta area, a murder occurred on the property grounds. We were the new owners of the building and were in the process of making improvements. When the murder occurred, we realized that in order to keep our new residents safe we would need to make, additional, expensive changes that were not in the original budget. After all, gated communities and armed guards were not the norm in that area.

Nonetheless, our leadership made the decision to move ahead with the security improvements to increase the safety of the property. It hurt our immediate profit.  In fact, that property ran at a loss for several years. However, it was the right thing to do. We celebrated it, and it reinforced the idea that doing the right thing is more important than quick money.

Another way to an ethical culture is to discipline those who commit breaches of integrity swiftly and definitively. In most cases, you can allow for at most one opportunity for grace. More than that and your risk sending the message that integrity is less important, than, say conflict avoidance. While I was at that large commercial real estate company, there was a breach of integrity that occurred overseas. Within one of our Asian offices, some of the junior accountants had knowingly made false entries to cover some losses. Our company discovered them before any regulators did, and we dealt with it swiftly. Not only were those two accountants terminated, but also the managing director of Asia was let go. The reasoning was that he had allowed the development of a culture that permitted such breaches of integrity. Severe? Maybe, but the message was sent. No one in the company was above this standard, and leaders were responsible to set and enforce the standard. Integrity was paramount.

3) Are we matching individual talent with our corporate culture?

Fortunately, matching talent with culture is not rocket science. The first step is to decide which key traits you are going to require for your sales team. For example, you may value enthusiasm and a thick skin if their primary mission is going to be to cold-call new prospects. If it is to expand business of a well-known brand that sells complex products, then you may value the ability to apply a consultative, analytical approach to help new and existing customers buy more of your products.

Next, overlay these traits onto your company culture to identify what kind of person would work best within your sales team. To start, identify the assumptions that underpin your culture. Using Schein’s model of organizational culture, start by cataloging the artifacts produced by your culture—e.g. what stories and legends are told and retold in your organization. Observe the way your employees act and respond in a variety of situations. Are they formal or informal? Collaborative or competitive? Team-oriented or individualistic?

Meetings at your company always start 10 to 15 minutes late. People will start to show up on time, but many don’t arrive until after the scheduled start.  After small talk and several jokes, the meeting finally begins. While reading your Customer Promise one day, you note that one item claims that your company “places a strong value on our Customer’s Time.” This seems inconsistent with what you’ve observed. Digging deeper, you realize that you’ve never noticed a leader discipline someone for being late to a meeting, or missing a deadline for that matter. The assumption within your company’s culture is that timeliness is not important because it is never enforced. This leads to artifacts (i.e., missing deadlines and late-starting meetings) that are incongruous with your company’s espoused values.

Armed with this insight into your company’s culture, you are now better prepared to hire only those that culturally fit. You should tailor some interview questions or cases to bring to light aspects of an interviewee’s personality as it relates to pertinent cultural points. Using the example of punctuality above, ask the interviewee to give you examples of when he or she has been late and what he or she did about it. If you’re trying to change the culture to be more punctual, you won’t want to hire someone who cannot demonstrate any instance where they have valued punctuality in the past.

An empowered, ethical sales team that reflects the positive aspects of your company’s culture is one that is set up for success. Its members are encouraged to make the right decision in line with your company’s values, putting the best foot forward to the market. A great sales team enhances the power of your company in the market place. The key is to intentionally build that team.

If you would like to discuss some ways to build effective teams that last, let us know. Credera has deep expertise in developing leaders and enhancing successful cultures. In fact, it’s not just what we do, it’s who we are.