The Power of Disruptive Innovation Part 1: Why Optimizing Your Current Business Won’t Save You When Disruption Comes

As the silicon revolution has continued to change the face of business, the reaction time that companies have to adapt to disruption has drastically shortened. In 1958, the average time a company remained on the S&P 500 was 61 years. By 2016, the average incumbency time had shrunk to 18 years, raising the question, what can a company do to prevent being overtaken by new entrants to the market?

There is no single answer for defending against disruption, but building a framework to identify threats and reacting appropriately can greatly improve the likelihood of a successful defense.

In this post, we will discuss disruption across multiple industries and why incumbents routinely fail to react appropriately when faced with swift change.

Comparisons of Disruption Across Industries

Often, stories and profiles are written from the perspective of the underdog—a group that has a fresh, unique view on how to solve a problem the established players have failed to understand or fix.

Even the Titans Fell: Uber vs. Cabs

Take Uber for example: Incumbent cabs had created a system where users did not have real-time estimates for arrival time or up-front fare cost, and Uber’s solution addressed both of those previously unmet customer needs. Despite cabs’ improvement in comfort and acceptance of more payment options, the incremental improvement in response to customer feedback did not save them from Uber’s solutions.

By the time cab companies tried to respond it was too late—from 12% of ride-for-hire market share in early 2015, Uber grew until rideshare owned more than 80% of the market in New York City in early 2020.

Cabs in New York had become complacent with their status quo and routinely ignored their customers, the competition, and the technology advances in their market. NYC cab companies invested huge sums of money to buy and hold onto artificial scarcity-induced medallions, but the huge effort spent trying to entrench the incumbent was the very cause of their downfall—the cab companies had failed to routinely scan for potential disruptors when they believed that they were insulated from all attackers.

Contrast Uber’s market innovation to that of carbonated soft drink markets—a field where the incumbents have retained stable market share for decades. How have those companies avoided being overtaken by new trends and products?

Carbonated beverage incumbents have consistently recognized the signals for innovative thinking outside their core businesses. When Coke and Pepsi noticed that new, non-soda beverages were striking a chord with customers, they did not ignore the development. Instead, these two companies acquired Topo Chico (a sparkling water brand) and Rockstar Energy (an energy drink), respectively, and added them to their portfolios.

One might argue that acquiring a competitor is not a sign of innovative thinking, but the most important step taken by Coke and Pepsi was recognizing relevant threats. A counterpoint to the argument that acquisition of competitors is easy and intuitive is Blockbuster’s rejected early acquisition proposal for Netflix. This turned into $50 million unspent on a company currently worth nearly $230 billion.

Disruption—the rapid growth and advancement of an initially inferior product or service to overtake incumbent businesses—is not an unstoppable force of nature. Some companies and industries have found ways to prevent falling prey to focused startups, but many more have failed to. An important step in preventing stagnation and disruption is recognizing the difficulties of effectively countering external disruption.

Why Is Innovation So Difficult for Established Firms?

As companies grow, their organizations take on structures and values that are designed to execute the core business most efficiently. This natural tendency to maintain an existing environment prevents innovation along three main dimensions: lack of agility, changing customer expectations, and company culture.

Startups operate at the extremes of business survival strategy—they have a monomaniacal focus on a single goal. Since they have yet to implement routines, they have an edge over existing players in their ability to adapt to market changes. Netflix’s internal culture presentation in 2009 was a great showcase of the advantage that smaller, newer firms have over larger corporations when trying to navigate a new or ambiguous business environment.

In contrast, organizations are structured around time-tested and reliable processes designed to optimize their core business. When faced with disruptive change, incumbents lack the agility to react quickly. Process adherence and operating model rigidity often stifle the development of any innovations that require deviating from the core. Sustainable innovation tends to thrive in such an environment, with a focus on product or service enhancements to better serve core customers, rather than business model innovation. While sustainable innovation is also relevant, fighting disruption often requires building a new business model instead of simply improving on the old.

Additionally, common financial analysis is systematically biased against high-risk innovation that could unlock new business models in the longer term in favor of short-term, low-risk approaches. The incentives are skewed in favor of continuing to invest in core growth.

Customer expectations are not static—the pre-stamped, pre-addressed envelope that would have delivered an amazing customer experience for bill payment in 1990 is no longer acceptable in 2021.

While incumbents have the advantage of a pre-existing customer base, this easy polling pool can backfire if they craft innovation strategy solely based on direct feedback. Disruptive innovations are almost always perceived as initially worse by mainstream customers. Customer expectations rarely follow a predictable path and are often shaped by startups amid leaps in technology and market changes.

Instead of investigating better methods to meet existing needs, incumbents should instead take a hypothesis-driven approach to reveal unmet customer needs beyond mainstream consensus, then leverage these discoveries toward achieving a more modern and fulfilling customer experience.

Large organizations are designed to efficiently execute the existing business plan. Resources are allocated accordingly, and incentives are structured around such outputs. This poses a roadblock to nurturing a true innovative mindset across all levels of the company because innovation rarely leads to quick win results and “[large companies often] weigh near-term outcomes too heavily at the expense of longer-term opportunities … forgoing valuable investment projects.”

Three metrics illustrate the ability for a company to nurture an innovative mindset: comfort with ambiguity, degree of risk-taking, and viewing learning as a successful outcome. Such an innovation culture does not naturally arise from the highly-hedging, risk-averse ethos of large corporations. Large corporations' focus on short-term financial results is inclined against creating an organization comfortable with taking high-risk initiatives that have the potential to produce only ambiguous results.

Developing new capabilities to effectively counter disruption requires creating the right organizational structures and incentives to simultaneously leverage the strengths of an incumbent while maintaining the flexibility of a startup.

Avoiding the Challenges to Disruptive Innovation

Modern corporations are exceedingly good at incremental improvements to their core businesses, but routinely fail to react effectively to startup disruption in the broader ecosystem. In this post, we showcased what disruption looks like in multiple industries and discussed the common difficulties that incumbents face when reacting to swift change.

In the next post, we will discuss how companies should recognize and evaluate potential threats in the marketplace, how to leverage structured innovation at your company, and how Credera’s point of view can reveal hidden opportunities.

If you’re looking to recognize potential disruptors or build innovation structures in your current business, reach out to Credera’s innovation team at findoutmore@credera.com. 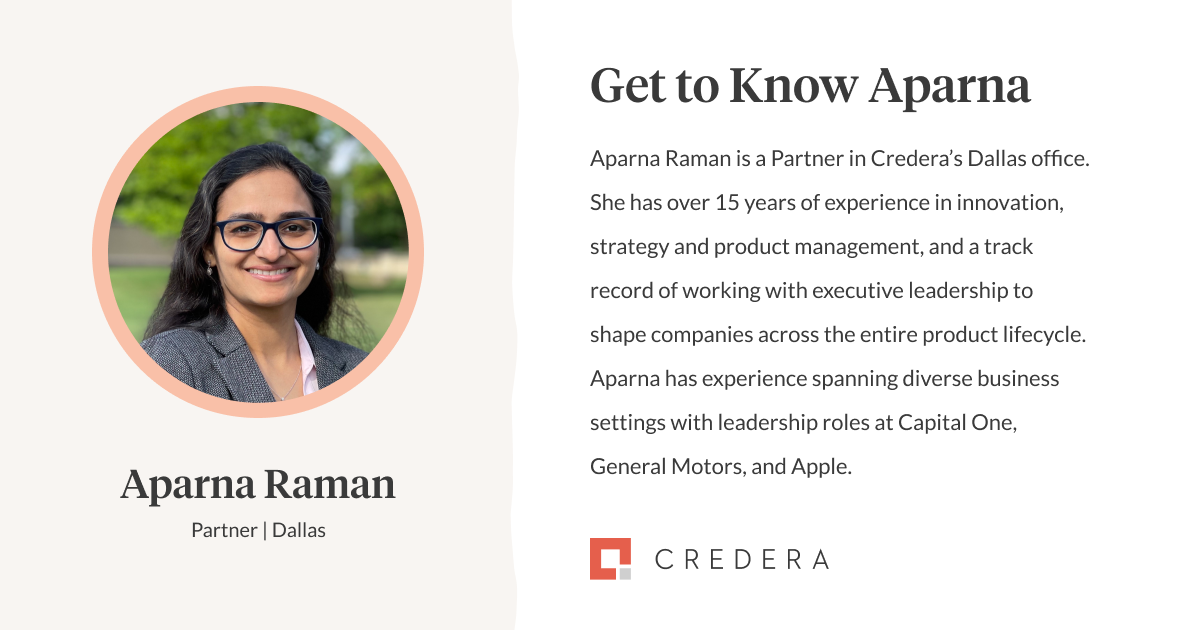 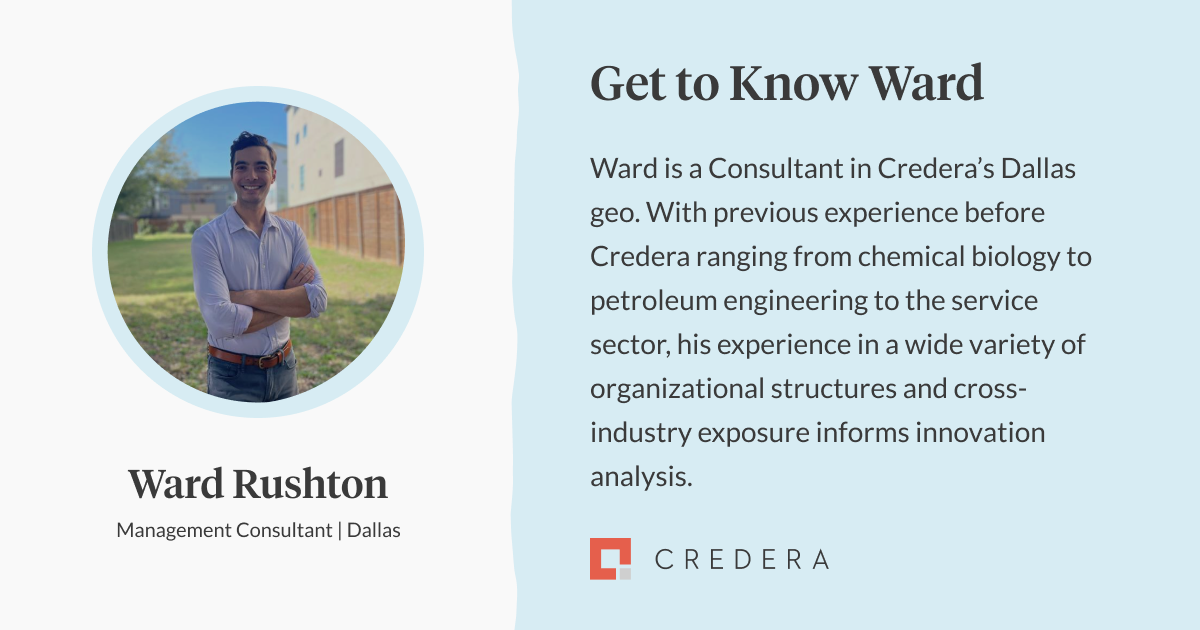 A disruption sprint helps companies stay on the forefront of disruptive innovation, uncover gaps in their innovation portfolio, and capitalize on mark...

How to Translate Agile Into Waterfall Mentality

While the Agile approach isn't new, companies still struggle to implement. Becoming an Agile organization requires a full commitment to change at all...