The Future of Mobile AR: A Comparison Between ARCore, ARKit, AR Foundation, and Vuforia

Google recently announced the Depth API for ARCore, which allows depth maps to be created using depth-from-motion algorithms. This addition allows developers to conveniently create more realistic augmented reality (AR) narratives through occlusion.  Although ARKit 3 has supported object occlusion since June 2019, the framework’s occlusion solves a slightly different problem of occluding people. To get a better sense of the current landscape for mobile AR, let’s look at the capabilities provided by ARCore, ARKit, AR Foundation, and Vuforia—all of which are major platforms and frameworks in this space.

Similar to ARCore, Apple’s ARKit provides tracking, AR anchors, plane detection, and light estimation among other features. It supports iOS versions 11.0 or later. The ARKit framework also provides 3D object scanning and world tracking, which are currently not provided natively by ARCore. With the introduction of ARKit 3, the framework introduced people occlusion, motion capture, face tracking, and collaborative sessions. However, people occlusion and motion capture are restricted to iOS devices with a A12 chip or later (iPhone Xr or later). 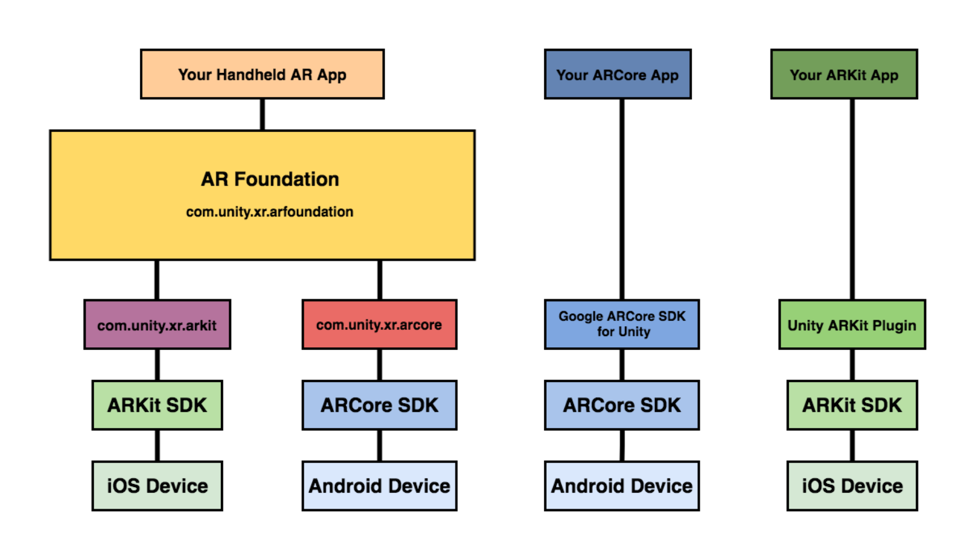 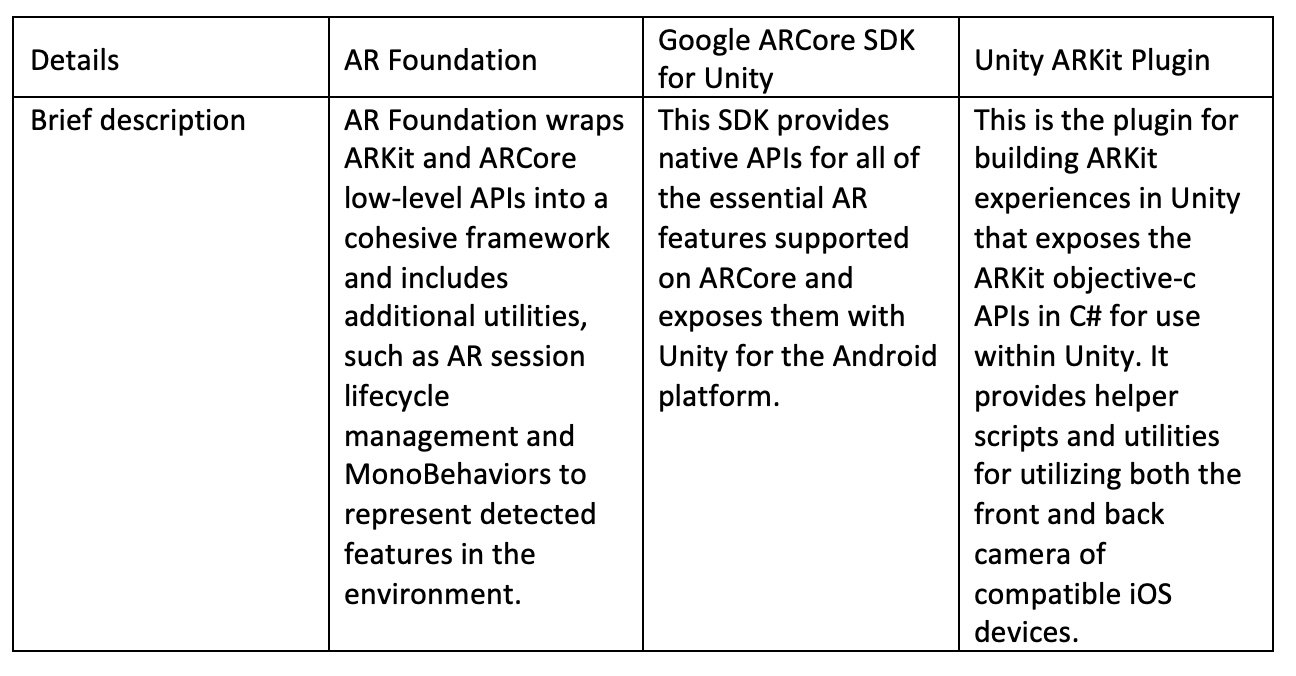 Vuforia is a platform designed primarily for object and image tracking for AR development. Vuforia allows developers to upload models, images, object scans, and other support target types to detect with its computer vision algorithms. It supports devices running Android version 6.0 or later and iOS 9.0 or later via Vuforia Fusion. However, the platform is limited to detecting objects from provided targets for recognition. As such, Vuforia generally shines when paired with ARCore, ARKit, or AR Foundation via the Vuforia Engine library.

Vuforia at a High Level 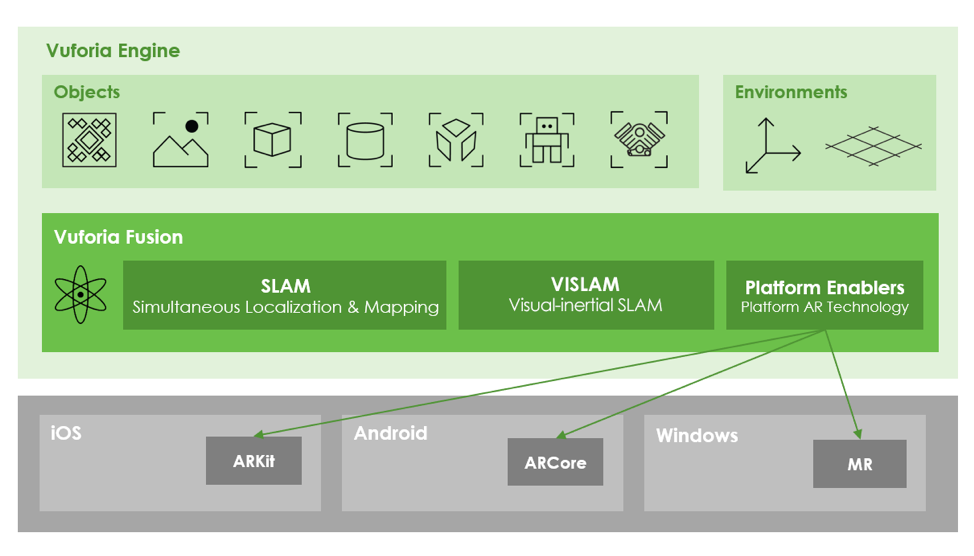 The landscape for mobile AR is changing rapidly. AR experiences on our mobile devices are becoming more immersive. Currently, ARKit appears to be the most mature platform for mobile AR development. This may change soon with the recent announcement of ARCore’s Depth API since this feature does not rely on device-specific hardware. Choosing a mobile AR platform or framework depends on your use case. For instance, ARKit is a good option for building an app that tracks a person’s motion.

Features of major platforms and frameworks for mobile AR:

It’s an exciting time for mobile AR as these platforms and frameworks continue to bring changes. At Credera, we love helping organizations solve their greatest challenges with new technologies. Feel free to reach out to us at findoutmore@credera.com to talk about your new project.