In the first part of our series, we covered the impacts due to the loss of Apple’s Identifier for Advertisers (IDFA), as well as affected use cases such as ad attribution, targeted advertising, and campaign optimization with each use case impacting the next.

We illustrated the point by saying IDFA was like a consumer at a farmer’s market wearing an orange shirt. As the operator of the market, you can track where that person goes and what booths they visit. With the loss of IDFA, now everyone at the market is wearing an orange shirt or a mix of colors such that following individual behavior is more difficult.

Taking the illustration further, as the market operator, imagine you have budget for directing consumers to certain booths. How do you determine the optimal use of that budget and the most effective way to communicate with consumers, when you aren’t sure which booths they’ve visited?

Precision is heavily impacted due to requiring IDFA opt-in on mobile apps for iOS.

This is the challenge marketing technologies, aka MarTech, face when using third-party data to plan and measure advertising campaigns. More privacy restrictions are beginning to take hold on both mobile and web. This post will dive into the impacts and potential solutions for companies navigating how to plan and optimize their next mobile campaign. 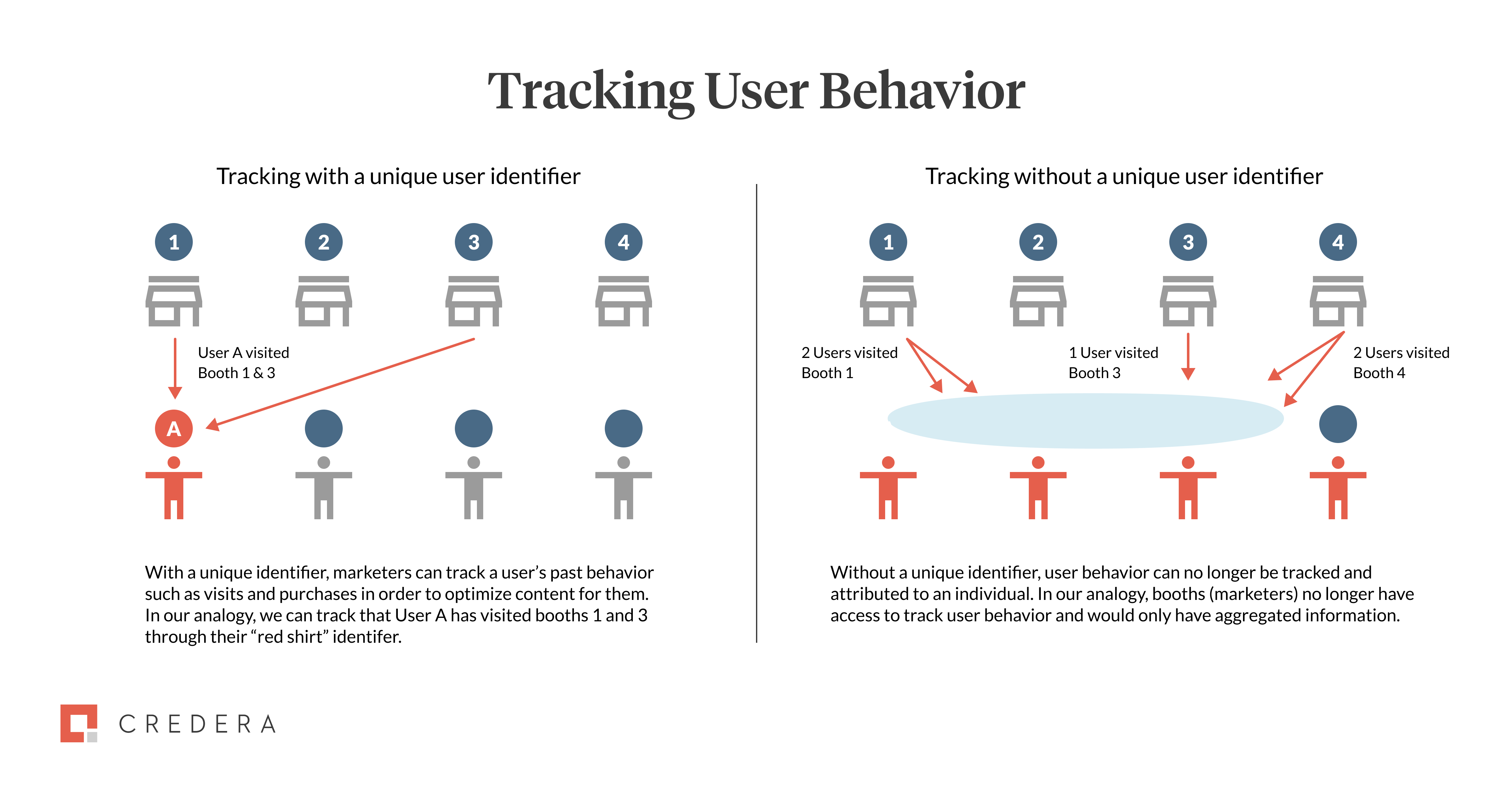 To start, we will discuss the future state of user tracking, methods for ad impact evaluation, and steps to mitigate revenue losses from technology deprecations.

In this new world of user privacy, campaign planning and optimization is based on aggregate user information rather than an individual. Using available short-term solutions such as Apple’s SKAdNetwork, IDFV, or “Walled Garden” ad platforms like Facebook and Google can provide companies with this aggregated view.

This initial shift will sharply curtail campaign effectiveness due to reduction in user retargeting, ROAS (Return on Ad Spend) measurement and attribution, and attributing customer conversion to an ad channel. User acquisition costs will increase, and campaign effectiveness can be reduced by as much as 70%. With that in mind, we can still run effective campaigns anchored in anonymized, aggregated user data.

By delivering messages to targeted audiences, a smaller marketing budget can be leveraged to drive more conversion compared to traditional spray-and-pray messaging. For example, a company that targets newly moved prospects for a new internet provider is much more likely to convert a prospect than a company that places non-targeted advertisements on billboards by the highway.

An effective mental model for understanding targeted audiences is the card game UNO—each card has its own set of attributes (color and number) but could ‘relate’ to two other cards that each share one attribute in common with the first card but none with each other. For example, a red nine card relates to a blue nine or a red three based on their color and number. In a similar fashion, a person can be grouped by age, sex, demographic, hobbies, or other personal attributes. A 25-year-old birdwatching enthusiast could be effectively grouped by age to other 25-year-olds and to birdwatching affinity groups even though there might not be much overlap between those clusters. 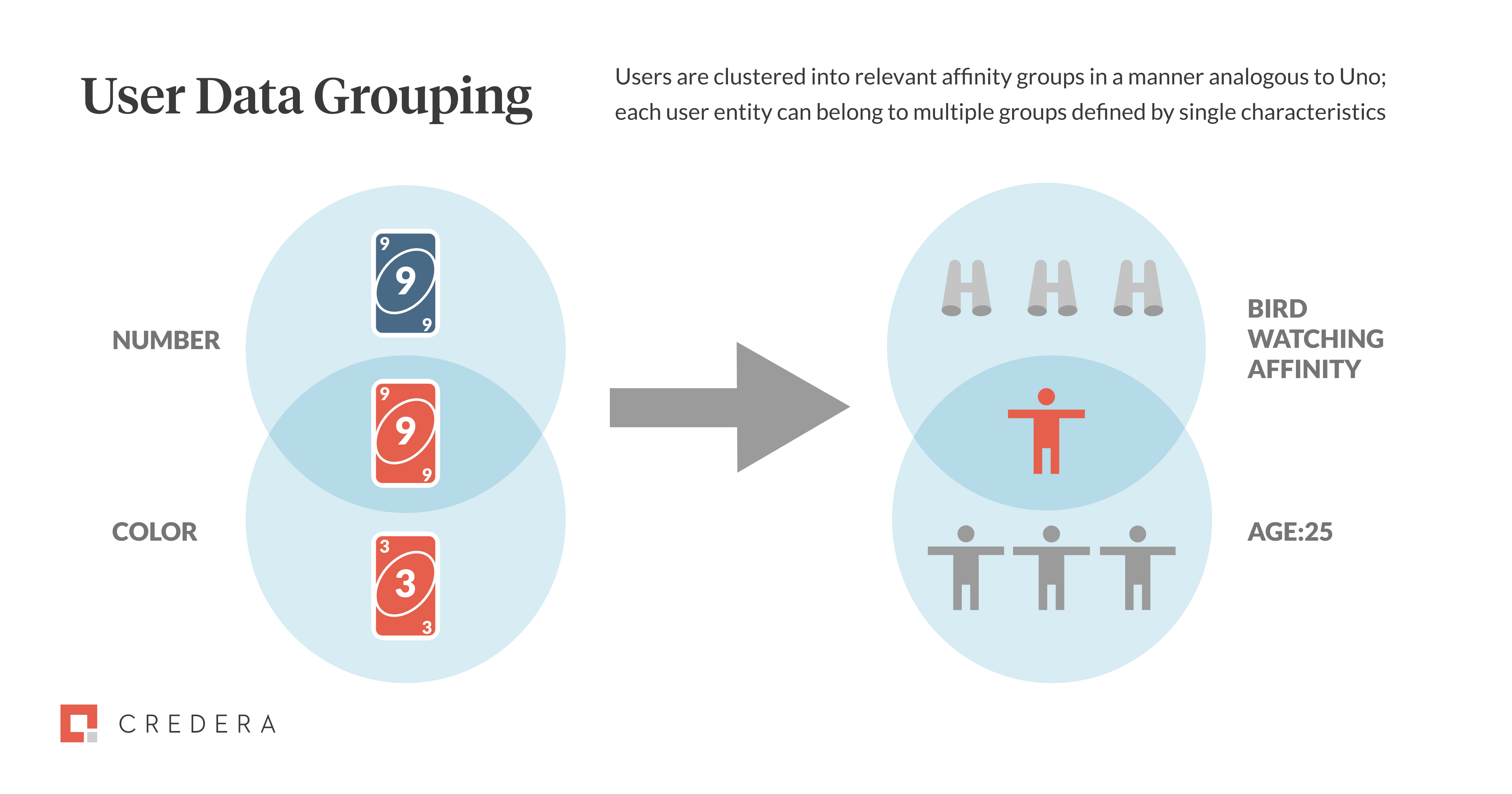 Figure 1: Users are clustered into groups in a manner analogous to Uno; each entity can belong to multiple groups defined by single characteristics.

(Aside: These two sets can be described as “isomorphic” in that they share analogous structures. Intuitions that arise from one set can often be equally applied to the other. The same is true for customer data enrichment.)

Other common methods of building these audience groups are along lines such as life stage, digital behavior or purchasing habits, and geography. The ability for algorithms to place users into these groups comes from the lower-level data collected on online behavior, entity resolution of information shared across multiple sites, and physical world records such as credit score, real estate tax assessments, or marriage records.

It’s important to monitor your marketing campaigns as you start to use aggregated user data. Some campaign spending and channel mixes may not be as effective as you lose visibility into individual user behavior. Among the varying methods of valuing different ad types in the future, three methods stand out: empirical campaign testing, probabilistic ad tracking, or data clean room analytics.

The most statistically sound method to value ad types across different channels and campaigns is to gather data empirically before technology deprecation reduces the visibility into campaign effectiveness. Running real user‑controlled testing before deprecation allows companies to determine how their specific userbase responds to various messaging campaigns. If a representative sample of users were randomly assigned across analogous campaigns that differed only on primary channel delivery, then the responses would reveal the relative values of each channel.

For example, a campaign that is delivered to customers either via direct mail or email advertisements would reveal the comparative values of each channel and marketing could adjust the channel mix appropriately according to pricing trends in the future.

Once deprecation of a technology marker has happened, empirical data collection no longer works as an effective strategy. Therefore, any assessment must be done using different strategies.

Probabilistic tracking is one potential technology to take the place of current day deterministic tracking to build, test, and value ad campaigns. Probabilistic tracking uses a starting “guess” (a prior) to assume a user’s demographics. As more data is collected about the customer’s location, device usage, and behavior, the initial estimate can be updated to confirm or re-assign relevant segmentation for that user.

One probabilistic model to help determine a precise unique identifier is with implicit profiling (a kind of Bayesian estimation). Imagine you are standing, blindfolded in front of a square table. A friend puts a line of masking tape stretching from where you’re standing to the far end of the table. A fair prior guess would be that the line is exactly 50% of the way between the left and right sides of the table. To get a better idea of the position of the line, you throw a ping pong ball at the table and your friend tells you that it landed to the left of the line. Naturally, you would update your prior estimate of where the line is to be slightly further right than you had originally guessed. After 100 blind throws where 75 land left of the line, you might have further updated your estimate that the tape is not in the middle of the table but closer to a quarter width from the right-hand side. 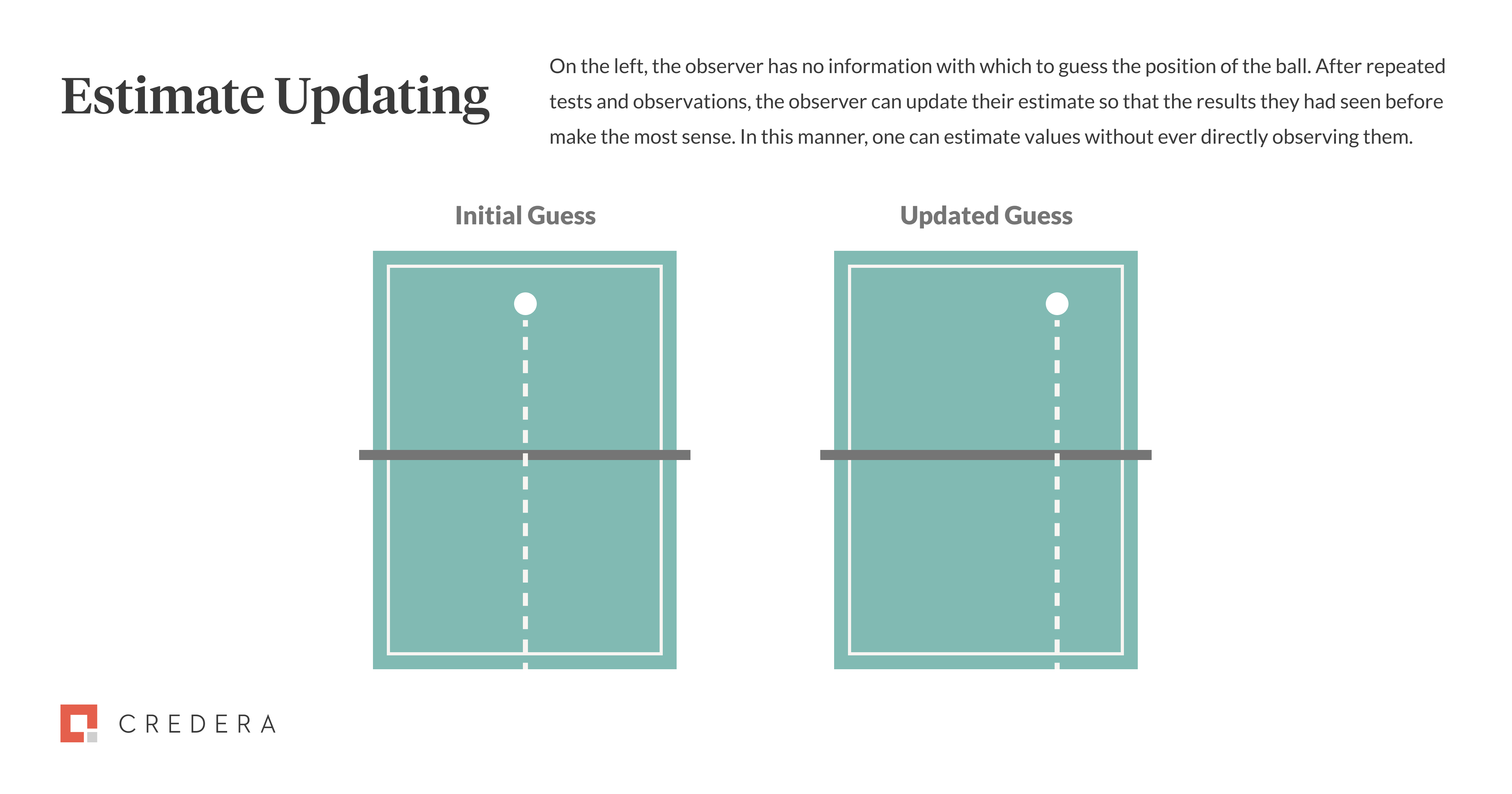 Without ever seeing the line of masking tape, Bayesian estimation allows for a more precise understanding of a situation based on the behavior of the system through time. In the same way, anonymous user data can be fed into these estimation models to build customer segments, identify users, and build audiences for ad type testing after deterministic tracking is limited.

Finally, a more direct method for ad channel benchmarking without direct tracking are data clean rooms, a growing offering among large companies in various industries. Data clean rooms are where an industry leader’s aggregated user data can be compared against a company’s current user audiences.

For example, a smaller consumer packaged goods company could use Unilever’s data clean room to ensure that the smaller company’s advertising audiences are aligned and in proportion with those that Unilever has identified. These new offerings will become more useful once various tracking technologies are retired and maintaining a sense of shifting customer audiences becomes more difficult for smaller companies. The disadvantage of these offerings is that they can be expensive and the results ephemeral for fast-paced industries—without longer-term access to data, a company is back to square one after leaving a clean room.

If your company is primarily using first-party data for campaign planning and optimization and third-party data as a supplemental source, then much of the existing measurement and optimization will be unaffected because company-owned data is not changed with shifting technology.

Ad re-targeting, ROAS measurement, user attribution of actions, and more accurate conversion rates will be measurable in a similar way to when IDFA was used. Planning a budget that allocates dollars toward transitioning to utilizing first-party data for better metrics and optimization would be a pragmatic step forward.

Taking the Next Step With Campaign Planning and Optimization

Fully estimating the impact of technology changes on your marketing, sales, and analytics capabilities requires understanding the future of each variety of tech.

Need help creating and fortifying a competitive edge? Interested in talking with some of our team members about implementing the short- or long-term solutions? Reach out to us at findoutmore@credera.com.

Unpacking the impacts of Identifier for Advertisers' (IDFA) demise, what marketing cases may be affected, and how marketers can pivot to using other t...

Apple’s WWDC 2021 was packed full of exciting announcements for users, developers, and organizations. We’ll discuss how these changes can help your or...

Credera’s MarTech Reference Architecture Part 1: An Overview of How It Works

Technology exists to optimize and automate complex or manual tasks, and the business of marketing is no doubt, complex. For marketers, this is where m...