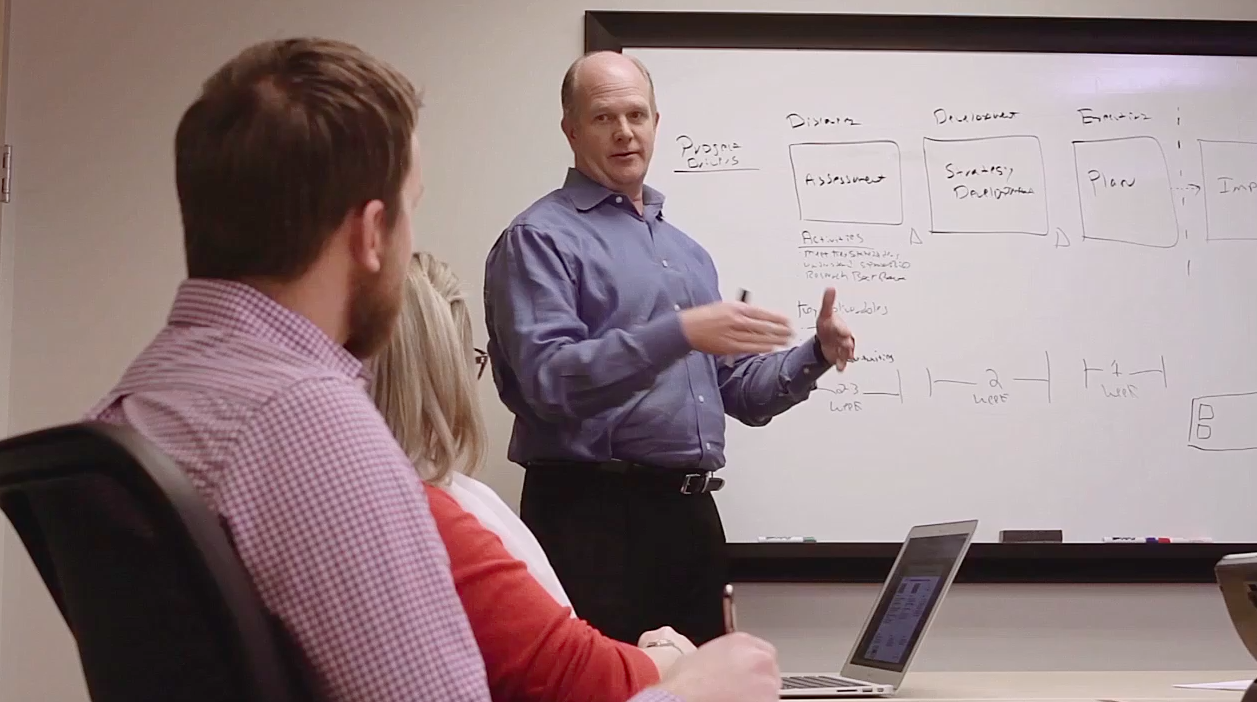 I love collaborative meetings.  A well-executed collaborative meeting is probably the most exciting thing I get to participate in during my workday.  Opinions are shared, tasks are accomplished, decisions are made, and problems are solved.  One of my favorite things about consulting with Credera is the opportunity to collaborate with our clients as we embrace challenges together. Collaborative meetings are one of the tools we use along the way.

Lack of preparation can often kill a meeting before it begins, but what many well-intentioned meeting organizers don’t realize is that over-planning can also kill the collaboration in meetings.

I’ll be the first to admit I have been guilty of over-planning.  At one of my previous clients, I was leading a busy team, and it was difficult to carve out a 30-minute window each week to make decisions together.  Our time was limited and I wanted to respect my team’s busy schedules. I would type up a detailed agenda with all the information I already knew about the week’s topics.

Looking back on those meetings, I know that several team members seemed pleased that our meetings always ended on time. However, I also realized that the meeting content was primarily me blabbing about what I knew with very little input from the team.

I could have replaced the meeting with an email, which some of the team might have liked. However, a better solution would have been to tone back the agenda and let the team participate.  I have since led teams more collaboratively where we each provide ideas and decisions are made as a team during the meeting.

Over-preparation can stifle participation in any meeting.  If your intent is to share a message without much participation, detailed preparation is good. But in most meetings, it’s important to let the creative juices flow.

I’m not suggesting that meetings don’t require preparation. Just be careful that you don’t plan away the part of the meeting where the participants participate and contribute.

Once you have group participation, you will run into conflict between team members with differing opinions.  Sometimes you will notice the team clam up, look down at their papers, anxiously look to others for support, or even adjust their physical positions as if to intimidate their opponent. It is no wonder teams often want to steer the meeting away from conflict.

There are times when conflict should be removed from a group setting, but those are generally the situations that have the potential to result in a report to HR.  If you’re dealing with differences in opinion, running from conflict in a meeting will likely exacerbate the problem.  Opinions will flare outside the meeting, battle lines will be drawn, and team cohesion may be difficult to rebuild.

Instead of running from conflict, we need to embrace the conflict that comes up naturally in meetings and work through it.  Odds are high that removing a conflicting party from a team is not an option.  Even if you are the person with hiring and firing ability, there is a reason for the structure of the team, so ignoring the problem will not help the team.

Embracing conflict is hard, but it starts by recognizing that conflict is OK.  If you know conflict is likely in a meeting, you can embrace conflict by simply saying, “I expect we won’t all agree during this meeting—and that’s good.  If we were all on the same page, we wouldn’t need to meet in the first place.”  When the conflict does arise, calmly point out that you’ve found a place of disagreement, and make sure that each side has an opportunity to express their thoughts.

Another important component of embracing conflict is recognizing that you will not always reach a point of agreement.  People are different, and they will not always agree with a decision.  However, if each person feels their opinion was truly considered and understands the rationale behind the decision, the team is more like to work as a cohesive group despite the disagreement.

As you look forward to your next meeting, particularly one where you are the organizer, consider if your preparation leaves room for participation.  Have you carefully scripted each topic in the meeting or are you planning a meeting before the meeting to prevent conflict?  If your objective is to make decisions and resolve problems, team collaboration is key, so let those collaborative juices flow!